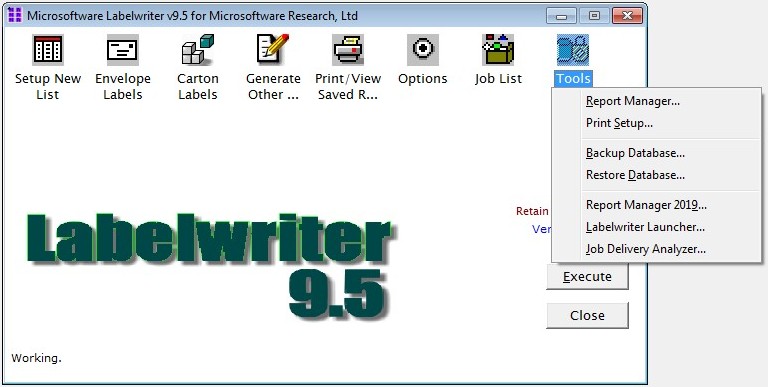 9034. We made a needed adjustment to the Blessing Hair website, increasing the maximum photo dimensions in the upload script from 2000 x 2000 pixels to 6000 x 6000 pixels. The client had forwarded some photos to us to assist with uploading, and one failed to upload before this change was made.

9093. Continuing the Gerian 1.2 upgrade, we revised database foreign key definitions and created triggers to allow deletion of HIDDEN games. Other changes included calculating the number of new words and new clues at end of a game.

9174. Implemented the latest improvements to the HIDDEN feature in Gerian, making the words list updatable and introducing Pause/Resume button on the new-game form to record the off time, finally correcting how the games were counted on the HIDDEN list.

9185. Approval was received for the next major upgrade of Labelwriter that had been in discussion with the client since June.

9200. We implemented a revision to the Order List form in Gerian to allow adjusting the VP value when a product was bought at a discount, as now happened with items at PriceBenders auctions. 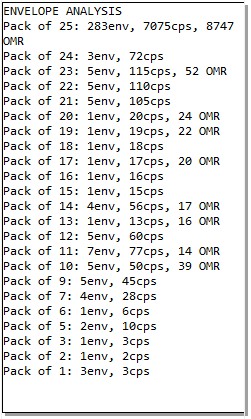 9211. The upgrade work on Labelwriter version 9.5 took off: We reviewed the requirements document and began work on the first phase, including envelope analysis on existing packing summary and delivery note reports.

9281. Completed the implementation of optional envelope analysis in Labelwriter 9.5 for the packing summary and delivery note reports, including the plain versions of the delivery notes. The envelope analysis for the four different job formats presented the different envelope packs by copies per envelope, the number of such envelopes and total copies, in a box whose height adjusted automatically based on number of lines. We then revised the Labelwriter version logo and included the new module for the second phase of the upgrade, Job Delivery Analyzer, on the Tools menu.

9292. Compiled Labelwriter 9.5 and did final testing of the envelope analysis implementation. Began work on the next phase of the upgrade, the Job Delivery Analyzer, with the table design and later starting setting up a frame Windows application for it.

Approval was received for the next major version 9.5 upgrade of Labelwriter, and work began with completion of the first phase, implementation of envelope analysis on packing summary and delivery note reports. The Gerian 1.2 revision also continued on the HIDDEN and order entry features.
If you like this post please register or log in to be able to subscribe and be notified of new posts by admin.