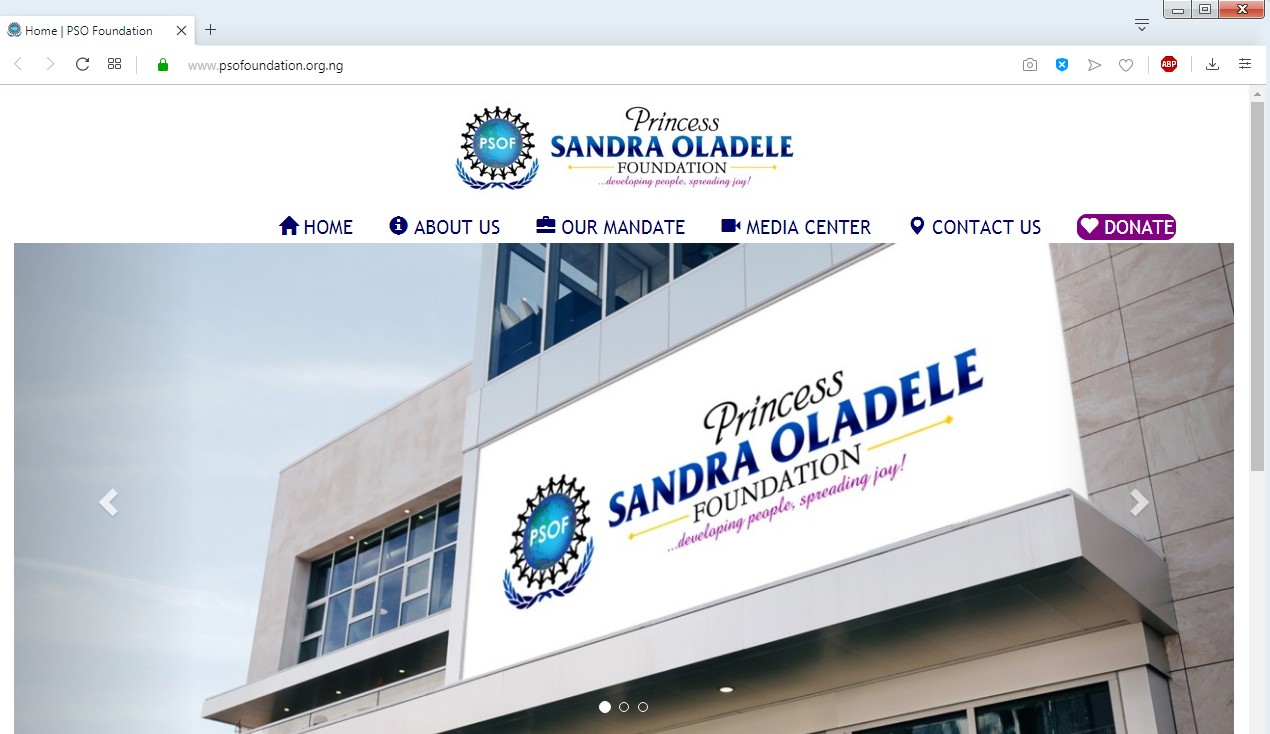 10012. The psofoundation.org.ng website creation project continued. The first draft of the website went live and after being checked out by Victor, it became necessary to revise some pages due to the peculiarities of using HTML image maps to quickly set things up, instead of separate clickable images. (With image maps, if an image gets resized on a page, by being viewed on a bigger or smaller screen, the clickable areas will no longer be where they should be.) The Media Center page was revised first, with the page footer to be done next.

10023. Rebuilt the page footer of the website from scratch, overlaying text on a dimmed background image, with individual clickable links, instead of using several HTML image maps.

10034. Live-tested the new Blog post notification emails implemented days ago on our server. We modified MoneyBooks Data Manager’s Phone Call List to make it possible for users to see unposted official call records of others. The other day we’d noticed the PHP error log on our server had quickly grown to 8 MB and most of its contents were time zone warnings from May about needing to declare a default time zone, so we later investigated this and realizing the warnings must have been for the Blog we included a default time zone in the startup mrblog.php file.

10045. We carried out another needed revision to the home page of the PSOF website, replacing the single image below the slider that had three HTML image maps with three images with their own links, to avoid the image map issue, then checked and corrected the email sending PHP function to use double quotes for string literals where necessary instead of single quotes. A MoneyBooks Payroll user called to report that the program was automatically posting for the current month when he processed for the previous month, and we explained this was because he did not change the default posting date himself.

10082. We did the final adjustment to the PSO Foundation website’s home page, reducing the height of the three images below the slider so that when they stacked on a mobile phone there would not be too much space between them, and also reduced the font size of the Media page’s sub-title so it fits better on a mobile phone without being broken into two lines.

10141. Visited a Printwiser client on the mainland to discuss a desired new feature of per-impression costing for press run, and also address some issues of their estimator. 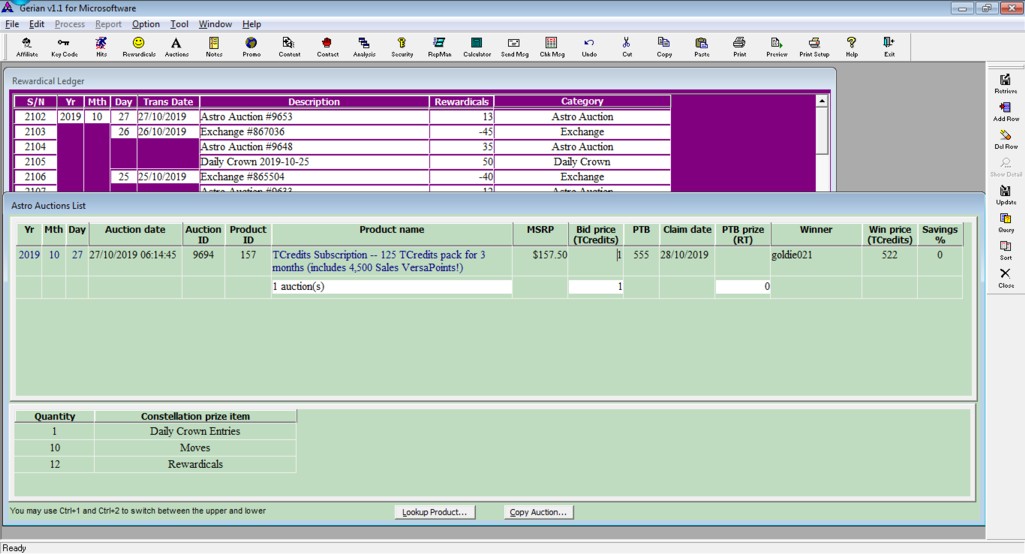 10163. Following manual work needed to be performed on SFI data maintained as notes in Gerian, we began the next round of upgrade work on Gerian Assistant, with implementation of the Rewardicals (Earned) Ledger import and data entry, including a Rewardical category in the imported data for reporting and analysis purposes, and also changing the font on the Notes Form to Consolas 14 points.

10174. We concluded the Rewardicals entry in Gerian by implementing updating of the newly-introduced Rewardicals total on the Settings form, along with updating the modified time on the Key Codes List each time corresponding hits were imported, and also updating the values on the Settings form for direct commission, co-sponsor and Executive Pool rates. For the Blog we implemented HTML format for the subscriber notification emails rather than text, and also sending of email to site Admin listing those that were notified. To send HTML-formatted email using PHP; you just had to use the "Content-type: text/html;" value as part of the header string and then the message body could be an HTML string complete with html, header and body tags.

10185. On Gerian we began implementing Astro auctions data entry, setting up the new database tables and the entry form.

10211. In Gerian we implemented the following dated period summary reports whose need came up during the data analysis we had to perform with SQL queries for a project: Rewardicals earnings, Astro auctions, and hits by key code which included a pie chart.

10222. In Gerian we completed implementing the two remaining summary reports, for orders and new affiliate sign-ups, including another pie chart.

10233. We put finishing touches to the Gerian Assistant version 1.1 upgrade, enhancing the Affiliate List with a speed boost—optionally repeating the same source or acquired date values to other rows—and addressing a change in the data format for importing purposes, adjusting Astro auction dates to also include times and changing the “Fly date” column to “Claim date” after we figured that SFI used the date of claims of constellation prizes to record Rewardicals on their ledger, not the draw or “flight” date.

10270. Printwiser upgrade: Built the executable program files after some testing and then began work on the database update SQL script.

10281. Printwiser upgrade: Completed, tested and revised the database update scripts and the client and database update installers then created the revision notice document from which the help file was updated, before finally writing the installation CD.

10292. Visited the Printwiser client, GlobalPlus Publishing for delivery and installation of the Printwiser 8.1 upgrade. The installation by their IT officer went smoothly without issues, while the estimator confirmed the new features including impression calculation for press run.

10303. Corrected an issue that prevented the Close button from appearing at the bottom of the Blog’s post viewing page. We also made a slight change to Gerian’s Affiliate List, to stop the prompt for duplicating a source value from coming up while doing a query.

The month began with the conclusion of the new website registration and creation project. Gerian Assistant got upgraded with SFI’s Astro auctions and Rewardicals Ledger data entry features, along with five new summarized reports. The Printwiser Estimating 8.1 Per-Impression Press Run Upgrade was implemented and installed for the client, while the Microsoftware Blog and MoneyBooks Data Manager got some needed changes.
If you like this post please register or log in to be able to subscribe and be notified of new posts by admin.