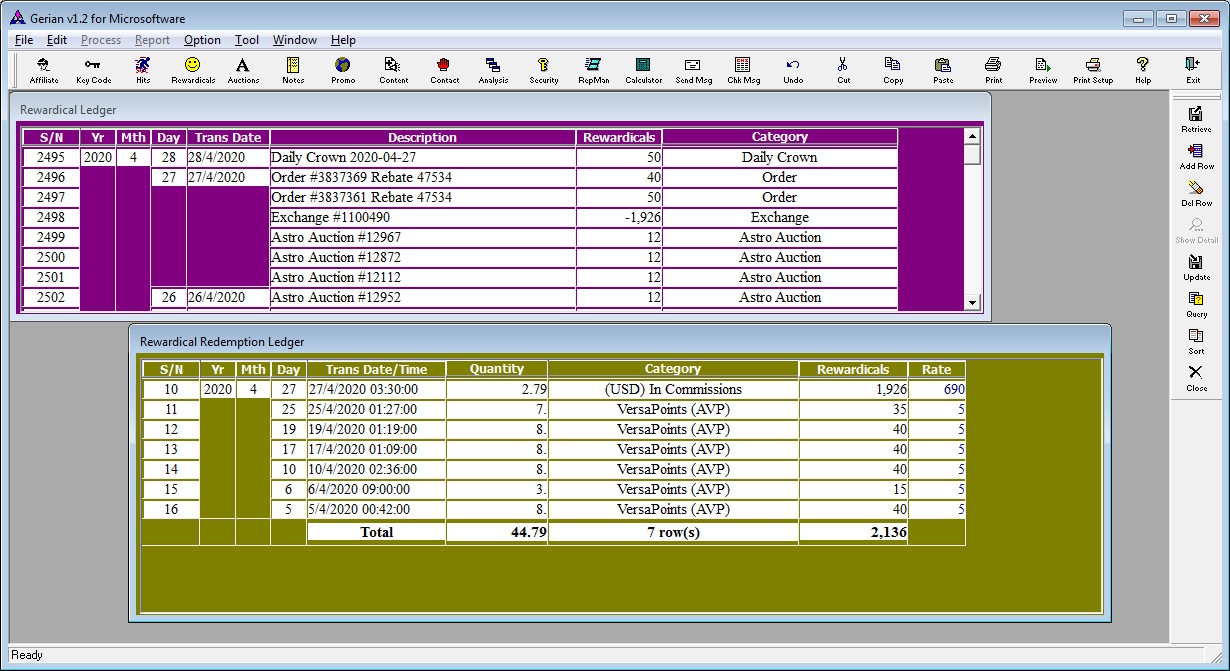 7024. Our Labelwriter client requested the option to export the ticking list report earlier implemented to Excel format. Completing the update and uploading the installer for them to download took just over 2 hours. It was observed that when a loan was entered in MoneyBooks Payroll the GL journal that was generated could have the wrong period, if the financial period has ended but not yet closed. To avoid this we modified one of the GL transaction writing functions to create a batch transaction instead for such cases.

7035. Continued work on the Labelwriter upgrade to the candidate list report, completing the vertical placement of the numbers on the page as the user requested.

7050. Yesterday when we wanted to add a little adjustment to how the totals were reported on the candidate listing report in Labelwriter, we were surprised when the correct pagination afterwards stopped working. Today we were relieved to resolve the pagination issue, apparently due to a bug in the PowerBuilder datawindow control itself. The work-around was to add and then delete a blank row at the end to force a correct refresh of pages, something we’d also arrived at in the past on seeing total values that were not being refreshed.

7094. Continued the remote training for a user of our Cooperative Society module of FrontAccounting, that started at the end of preparations last month, with the receipt of electronic submission by the trainee, Damilola Olaniyan, of the first of fifteen exercises.

7116. We investigated the issue of a MoneyBooks Inventory user not being able to save a report to a network drive, ending up upgrading the Report Manager to resolve the issue and also use re-sizable main windows rather than maximized-only response windows for both the reports listing and the report viewer, as well as being able to open more than one PSR report viewer windows at the same time. We recompiled the Inventory, GL and Sales modules as a result. Also resolved an issue noted on the Chart of Accounts list in GL to ensure editing buttons were always disabled when viewing balances.

7120. We included the data structure requirements for the new Report Manager in the remaining six MoneyBooks modules without rebuilding: DM, TM, EM, PA, AP, FA. Then we upgraded the stand-alone Report Manager utility for viewing and printing PSR report files that was last compiled as version 1.2 in 2006, to make use of the latest features especially being able to open in re-sizable windows so several reports could be viewed at the same time.

7164. Revised the page header for the Microsoftware website to set the UTF-8 character set, then revised the Top 10 Projects page to include top 6 website development sites as number 1 so that the former number 10 (Funds Manager, from the early ’90s) went off the list.

7201. Concluded research started days earlier into how to programmatically get CKEditor 4 to start up in source code mode, at their documentation website. Implemented the solution for Blog posts, so that when a user logs in as admin it would be active but not for non-admin users.

7212. Worked on customizing the styles displayed by CKEditor 4. We got a couple of new styles listed that were applied properly to the HTML code, but their formatting weren’t applied in wysiwyg mode despite defining them in the contents.css file. 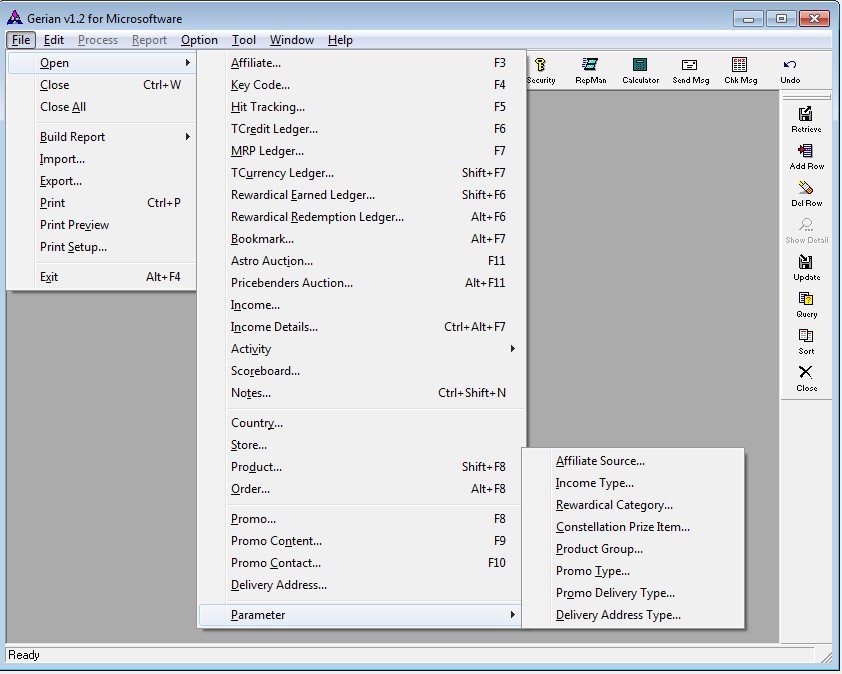 7245. Began version 1.2 revision of Gerian Assistant with implementation of the Rewardical Redemption Ledger. The File > Open > Parameter submenu was created and 8 menu items were moved to it so as to reduce the length of the File > Open submenu.

7256. Gerian 1.2: Completed the implementation of Rewardical Redemption Ledger import, re-introduced the data entry list for PriceBenders auctions that was deactivated after the introduction of Astro auctions in 2018. Corrected a wrong price assignment for the Astro auction list and finally imported actual redemption ledger data from 18 pages of SFI’s Rewardicals website.

7271. Received order for resetting wrong transactions data in the Cooperative Society database of the end user client, and replacing it with members’ newly-verified balances presented in a spreadsheet. Drafted SQL scripts for uploading the member balances and began testing.

7315. Continued work on the Cooperative Society data upload, backing up the live database, doing a check on the member numbers in the database and the spreadsheet, finally writing the SQL script for resetting the three transaction tables that had data prior to the balances upload.

Remote training for a user of our Cooperative Society module of FrontAccounting took off, still in progress. Labelwriter was revised twice for the client. Our stand-alone Report Manager PSR report viewer was upgraded, along with its implementation in MoneyBooks modules. The next version 1.2 upgrade of Gerian Assistant began, including the Rewardical Redemption Ledger and other features.
If you like this post please register or log in to be able to subscribe and be notified of new posts by admin.