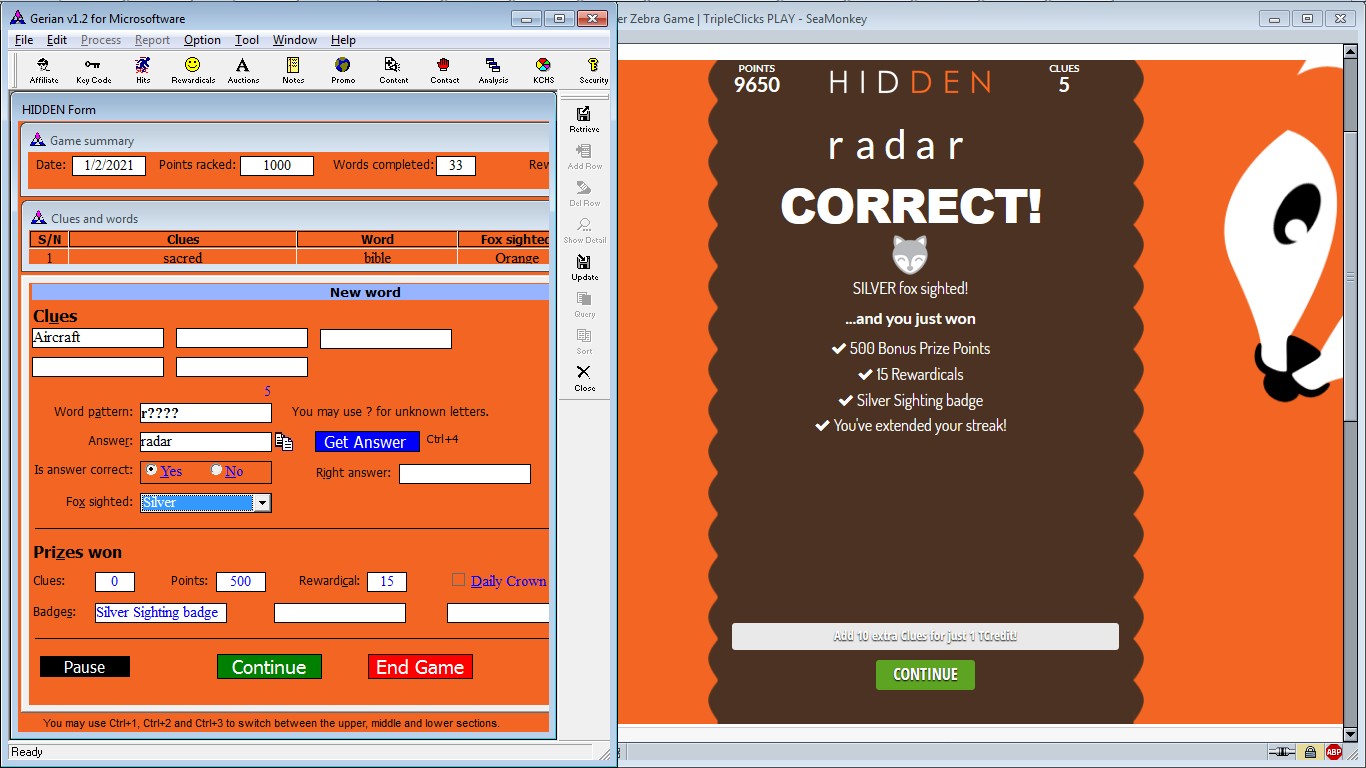 1015. Began investigating a new issue that came with yesterday’s modifications to Gerian 1.2, the Show Detail toolbar button on the HIDDEN List sometimes being disabled on return from the HIDDEN Form. We fixed the issue by coding the button status setting in the getfocus event of the datawindow control, seeing that sometimes the one in the window’s activate event was ignored.

1030. While importing an affiliate’s record from SFI’s Genealogy recently, the dates were not read correctly. We investigated and realized this was due to a change in the display date format from mm/dd/yy to yyyy-mm-dd, so implemented the necessary change to Gerian to take care of that.

1074. We updated the transaction posting code in our Cooperative Society module of FrontAccounting, allowing for increasing a loan balance with a withdrawal transaction that has no deposit indicated.

1192. We visited NRC to discuss and follow up on technical support issues. The latest EPPMS 5.02 was also installed to facilitate regular importing of employee and payroll data from IPPIS.

1203. While importing exported WhatsApp messages from an Android phone into MoneyBooks Data Manager we noticed some issues having to do with system-generated messages as well as multi-line messages. Did the first revision of MBDM of the year to address them.

1262. Because not supplying district for newly added employees—leaving them as NULL—affected report generation that was based on district, we decided to implement “Unspecified” as default values for district and section for the employee table in EPPMS. This will mainly come into play during IPPIS nominal roll import by EPPMS, when new employees in IPPIS were automatically added to EPPMS. In MBDM we rectified an issue introduced by the last revision, showing only non-obsolete gift items in the dropdown for the contact gift item list, only when adding a new gift, as otherwise now-obsolete items in old records would only show codes rather than description.

1273. We enhanced the HIDDEN features in Gerian, implementing the automatic assignment of prizes during each word round of a new game, based on the fox sighted and other factors we’d been studying. This was something we’d been considering for awhile and will eliminate having to type in the prizes manually before saving the round. Also introduced totals for new words and new clues for games on the HIDDEN List, and ensured the last word and clue have been saved when the End Game button was clicked on the form.

The screenshot above shows using Gerian in a window by the left to record the game, while playing HIDDEN in another browser window by the right side of the screen. You see the prizes awarded for the sighting of the (third) Silver fox of the game in the browser window, and the same prizes also awarded automatically by Gerian once the Silver fox was specified. Clicking that Continue button (or pressing Ctrl+5 with the keyboard) in the Gerian window saves the word, clues and the prizes, then clears the window for the next clue and word pattern.

1310. In Gerian we made slight adjustments to the automatic bonus points award code for the silver and white foxes, based on recent live run observations, while also making sure when the fox changed any prior awarded points were cleared before the new ones were awarded, to further minimize manual corrections.

Gerian Assistant got some cool speed boost changes for the HIDDEN game. Our client was visited for technical support and installation of the EPPMS 5.02 upgrade. Needed changes were also made to our Cooperative Society module of FrontAccounting, as well as to MoneyBooks Data Manager.
If you like this post please register or log in to be able to subscribe and be notified of new posts by admin.