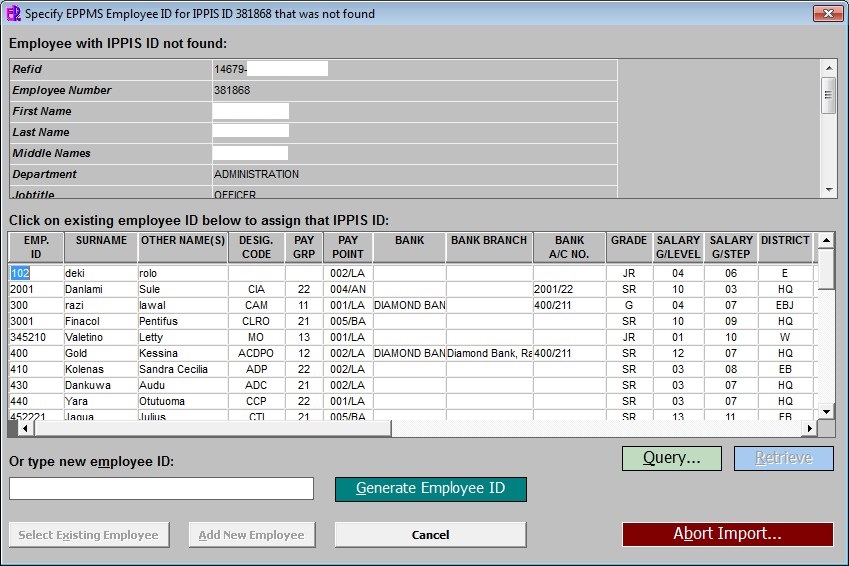 12023. Visited NRC for the successful installation of EPPMS 5. Began taking the users through the new IPPIS importing features.

12060. Implemented needed changes to the Order List, Income List and HIDDEN List windows in Gerian 1.2: Stopped auto-selecting new word patterns during a new HIDDEN game, for faster operation; added a couple of new payment modes—gift certificate and SFI’s “commdeduction”—to the Order List. After compiling we could no long add records on some windows that were not touched during the changes, like Biz Quiz List, Stream Post List and Goals Task List. After some testing, we found the cause—a change made to an ancestor window menu object while working on Labelwriter Job Delivery Analyzer back in October—and fixed it.

12071. Revised EPPMS to implement the option to disable new payroll processing and tax calculation, to avoid accidental selection as henceforth payroll data already processed in IPPIS would be imported.

12082. Visited NRC to install the updated EPPMS and further take the users through the IPPIS nominal roll import.

12152. Visited NRC and completed the IPPIS nominal and payroll importing for the starting month. The client was pleased that they could now continue generating payroll reports from EPPMS whose reports were more comprehensive and familiar than what IPPIS had to offer.

12185. Implemented version 5.02 of EPPMS with further enhancements to the IPPIS importing as noted from the last visit, including providing the IPPIS Pay Items list for users to customize the linking of payroll items during import, and checking for when someone’s grade level and account type were NULL in the import data.

12211. Revised EPPMS, creating a trigger for the payroll table so that during IPPIS payroll importing the fixed amounts table got updated. This way, what is later reported on the nominal roll would be the same as on the payroll and payslip reports.

12244. Remote training for a user of our Cooperative Society module of FrontAccounting that began in July was concluded with grading of trainee’s final submission for the last exercise. The trainee course result summary and performance evaluation was also created. 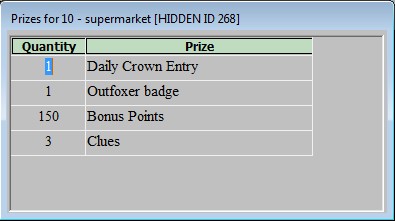 12314. The final revision to Gerian 1.2 for this year was made, affecting the Build Report submenu, the importing of Rewardicals Earned ledger and the HIDDEN form, for which a window was created for editing the prizes won during a game, to correct any data entry errors.

Visits were made to the client for the installation of the EPPMS 5 upgrade created last month, including successful importing of IPPIS employee nominal roll and payroll data, and follow-up adjustments for easier operation. Our Gerian Assistant tool was also given some useful new features at the start and end of the month.
If you like this post please register or log in to be able to subscribe and be notified of new posts by admin.