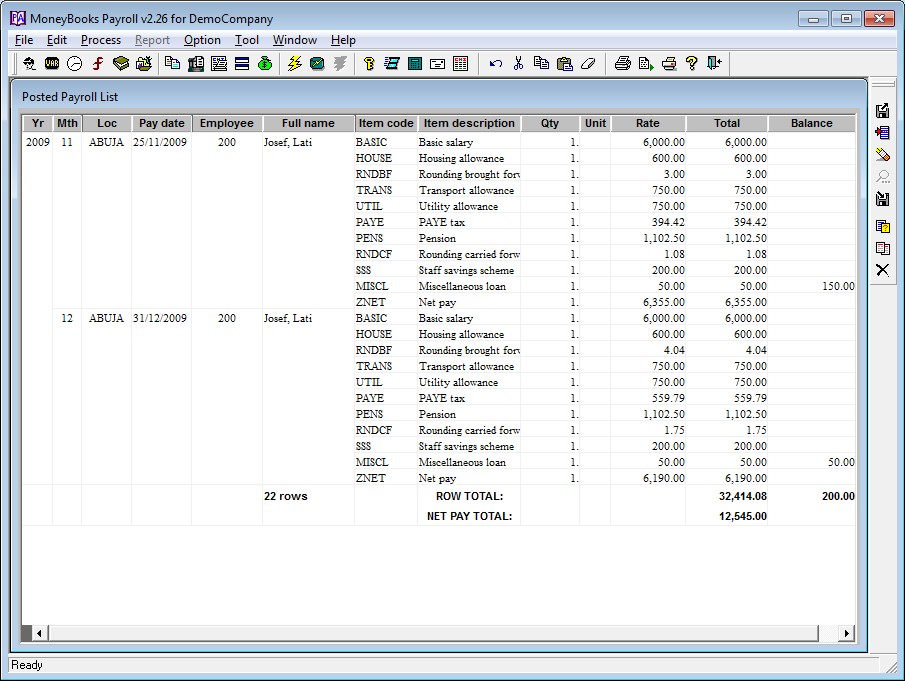 4095. We did the first revision and compile of MoneyBooks Sales for the year, addressing a couple of issues with credit note posting and the quote-to-waybill conversion, along with taking advantage of the global MoneyBooks feature changes earlier implemented, like better tab sequencing during query and the Automatic Row Retrieve setting for the Edit menu.

4235. A client user of MoneyBooks Payroll that reported issues with contributory pension and loan balances visited with their database backup for further investigation and discussion of solutions. We found by examining the Posted Payroll List as suspected that they’d forgotten to post payroll for three months as reason the loan balances were too high, while the pension calculation was correct, just that balances should not be shown on the payslips. 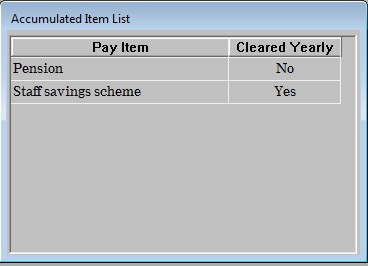 4246. Investigated the MoneyBooks Payroll issue: Any item on the Accumulated Item List would have its accumulated total appear on payslips as balance, so putting a stop to the display of contributory pension balance meant removing contributory pension from the list. We then created and executed SQL code to reverse the payroll postings for 2021 so processing could be repeated with the right loan balances from January.

4272. EPPMS user that had reported receiving a header error message on attempt to import IPPIS payroll forwarded the IPPIS payroll analysis for January to April. We examined them and informed her their heading rows were different from what the importing was based on, and EPPMS would need to be updated to handle them. She decided to instead export from IPPIS using the former format.

MoneyBooks Sales got its first revision and compile of the year, addressing a couple of issues with credit note posting and the quote-to-waybill conversion, along with taking advantage of the global MoneyBooks feature changes earlier implemented. Technical support was provided for EPPMS and MoneyBooks Payroll clients.
If you like this post please register or log in to be able to subscribe and be notified of new posts by admin.